I’m not a huge fan of autobiographies, generally, but this book is a hidden treasure for sure. When it came across my desk, I began flipping through the preface and the first chapter. The writing grabbed me and wouldn’t let go. Two hours passed before I looked up, and I’d read all but the last thirty pages of the book.

Two Roads: One man’s journey from drug lord to salvation captivated me. Robb

shares about his early childhood growing up in an alcoholic family with weekend parties, and having beer bottles strewn across the house. As a youth he coped with his own problems and emotional turmoil the only way that had been modelled for him—and then he sunk to even deeper lows.

Robb moves beyond the sensational and seemingly glamorous details of being a drug dealer with a biker gang to the raw grit and emotional turmoil that’s an addict’s reality, and allows the reader into his own thoughts and feelings as he relives these turbulent and painful years on the pages.

Robb describes why and how he was able to find drugs and inevitably begin dealing in every small town he chose to outrun his addictions—small Ontario towns like Keswick, Guelph and Owen Sound. His account proves that drugs and alcohol are problems everywhere, not just the big cities. And this was before the popularity of designer drugs and the prescription drug crisis surrounding Oxycontin and other drugs.

Most recovered drug addicts that I’ve met are willing to share their story, but Robb tells his story with depth and detail and therein lies the power of his story. I recommend this for any parent struggling with a teen’s drug use, for teens who think there’s no harm in experimenting or who have said, “It’s just marijuana.” Church leaders and laypeople wishing to understand the pervasiveness and danger of drugs from a new perspective will find value in this book also.

I don’t know if this book was entered in the Canadian Christian Writing Awards sponsored by The Word Guild or not, it wasn’t shortlisted if it was. In my opinion, this little book deserved to be on the shortlist for sure, even an award winner.  Find it on amazon.ca. Check it out for sure.

In an interview with Robb, I asked him if there was any message he wanted to send to church leaders and parents about the dangers of drug addiction. He said:

“In the old days, when I was an addict there were two kinds of addicts. There were the ones who smoked pot and hash and the guys who used needles. And we hated each other—not our kind of people. Nowadays with so many pills out there, parents have given their kids pills for headaches, for colds, to avoid catching a cold. So by the time they’re teens, they’re already used to taking pills.

So take ecstasy, there’s not this phobia attached to taking a couple of blue pills, or purple pills and having a good time. All you need is a glass of water, stay hydrated. All these young kids need now is a bottle of water and these two little pills to have a good time. It’s so easy. There’s no longer this fear of taking drugs. They’ve been so programmed to think that this is acceptable behaviour.”

100 Huntley posted a recent interview with  Randy Robb about his book on their youtube channel. Check it out if you’re interested in learning more.

Girls With Pens posts book reviews from Canadian authors every Thursday. Are you a Canadian author? We’d love to review your book. Shoot us an email.

I really liked this one! 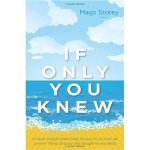 Jo is a high school grad lacking in faith, direction and a job. Deciding to spend the summer with her cousin who lives in a Muskoka tourist town, Jo begins her sojourn with a splash and meets two very dateable guys. And that’s just her first day. Whom will she choose: Sam—the quirky, on the rebound, could-spend-all-night-laughing-with guy, or Kevin—the God boy, strong and silent but knock-your-socks-off-could-be-a-model guy?

Throw in an attempted murder, a little stalking and an encounter or two with God, and Jo’s summer gets really interesting, really fast! The characters were fresh and entertaining. The story is light and fun, and the characters explore faith with realism and at times gut-twisting anguish. Charm, wit and engaging dialogue kept me turning the pages.

The problems and situations faced by the characters are true-to-life, and are retold through a teenaged narrator, so don’t expect a lot of indepth mature retrospection or even intense romance.

What I really loved about this book, was that it broke a few ‘rules’. The part of the novel that I could relate to most – and probably most women can, is Jo’s struggle to find out who she really is, what she really wants from life, and what she’s willing to do (or give up) to achieve that. And after a few stumbles and restarts, Jo realizes that maybe you don’t have to have everything figured out. What great advice!

Written for a teen audience, I enjoyed this novel and think most adult readers will too.

Since this review was written, If Only You Knew won the Best Young Adult Fiction award, the Best New Romance award, and the inaugural Grace Irwin Award at the 2010 Word Guild Canadian Christian Writing Awards Gala.

If Only You Knew by Mags Storey

A GWP-style Newsletter for Writers

Freelance writer and editor, Great Dane owner, jelly bean connoisseur, and proud wife of a former US Marine. I write fantasy and suspense/thrillers.